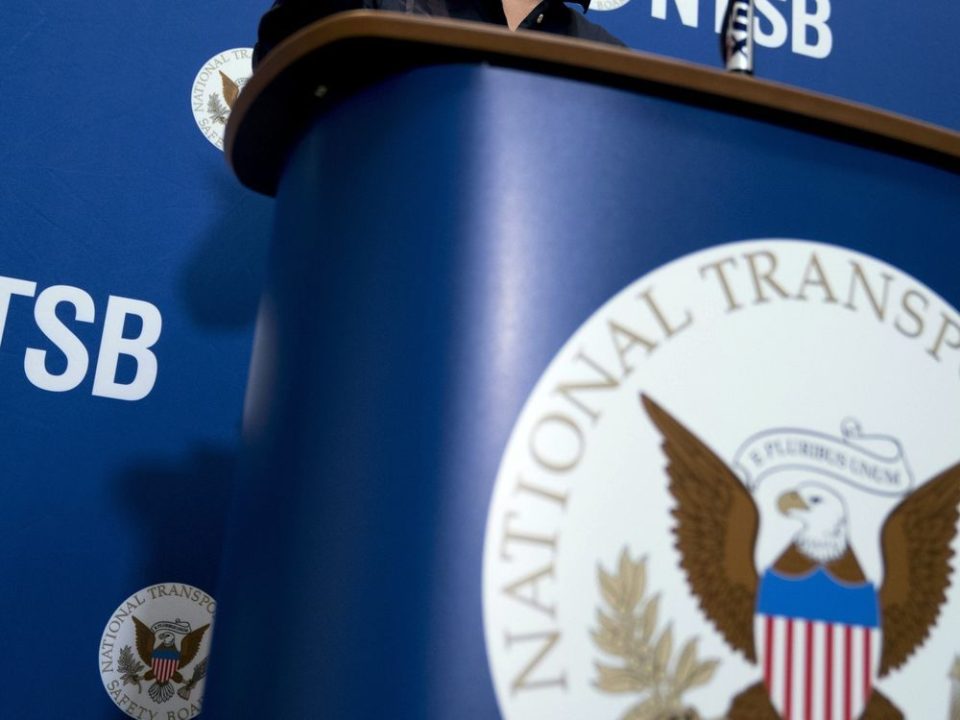 The National Transportation Safety Board call on Friday stems from the agency’s investigation of a June sightseeing crash in which the tail boom separated from the main body of a Bell 407 helicopter during a flight near Kalea, Hawaii.

The tail boom was found more than 700 feet from the main wreckage. The board said one of four hardware fittings used to attach the tail to the fuselage was not found at the accident site, and that there were fractures in the other three fittings.

The pilot and two passengers suffered serious injuries and three other passengers had minor injuries in the Hawaii crash, which occurred in a field of jagged lava rocks.

The NTSB recommended in a report that the U.S. Federal Aviation Administration and Transport Canada require operators of Bell 407s to conduct immediate checks of similar hardware to look for signs of cracked or missing parts, and to require repeat inspections more often than the current requirement, which is every 300 flight hours.

The Hawaii accident occurred 114 hours after the helicopter’s last inspection, which did not find any problems, according to the NTSB.

Safety board Chair Jennifer Homendy called the agency’s recommendations urgent because hundreds of the helicopters are in use.

“We’re calling on regulators to act immediately — before there’s another accident,” she said.

UniCredit to reassess CEO pay ahead of general meeting