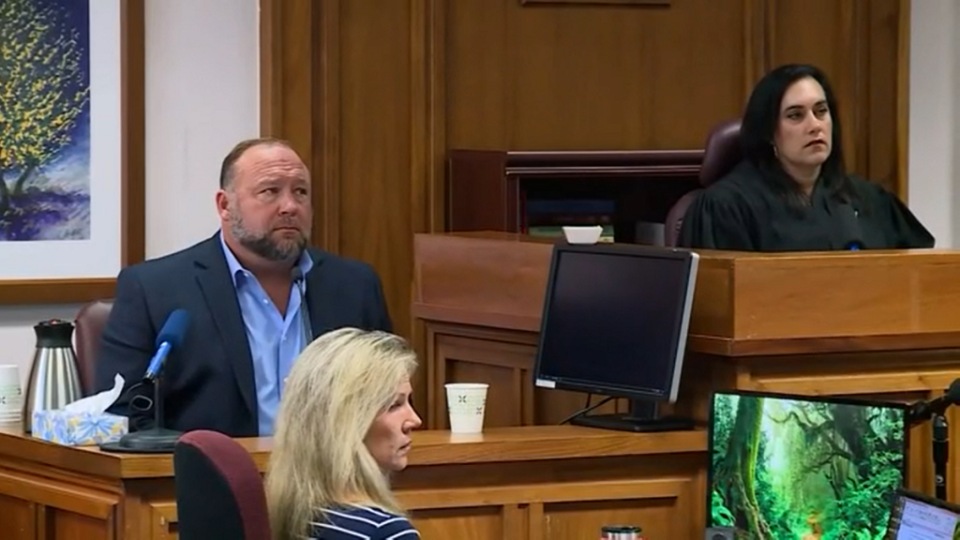 In the documents, Jones estimates his assets to be worth between $1 to 10 million, and his liabilities to be between $1 to $10 billion. The Infowars host’s primary company, Free Speech Systems, also filed for bankruptcy protection in July.

Jones’ personal filing comes after he lost a bid in Texas to reduce the nearly $50 million damages award handed down by a jury earlier this year over his false claims about the Sandy Hook Elementary School massacre.

After the 2012 mass shooting, in which 26 people were killed, Jones baselessly repeated that the incident was staged and that the families and first responders were “crisis actors.”

While Jones initially lied repeatedly about the 2012 shooting, he later acknowledged that the massacre had occurred as his lies spawned multiple lawsuits. But he failed to comply with court orders during the discovery process of the lawsuits in Connecticut and Texas, leading the families in each state to win default judgments against him.

The latest Texas judgment adds to a growing list of rulings and trials racking up costs for Jones, who also owes $1.4 billion in a separate Connecticut case brought by eight families of Sandy Hook victims and a first responder.

A trial was held in September and October in Connecticut, and the plaintiffs in that lawsuit throughout the trial described in poignant terms how the lies had prompted unrelenting harassment against them and compounded the emotional agony of losing their loved ones.

(Copyright (c) 2022 CNN. All Rights Reserved. This material may not be published, broadcast, rewritten, or redistributed.)

Election workers to be trained to deal with violence at polls as midterms approach – Boston News, Weather, Sports