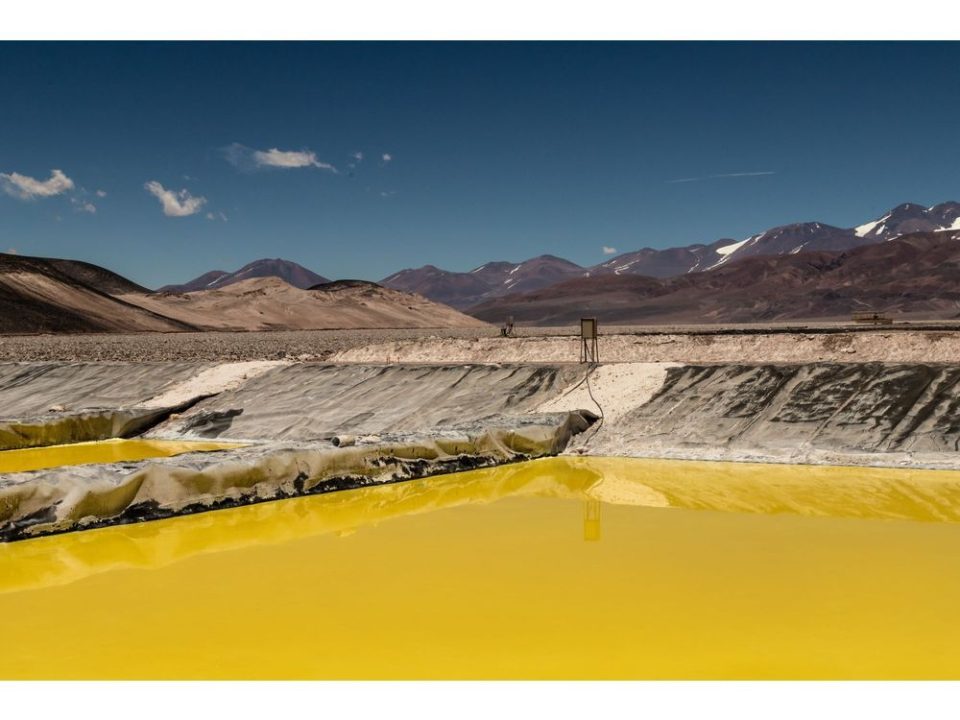 (Bloomberg) — The world’s fastest-growing lithium producer is lobbying hard to gain access to President Joe Biden’s new electric vehicle tax credits, despite Argentina not meeting the requirement of being a US free-trade partner. So far, it’s being rebuffed.

Designed to end China’s overwhelming dominance of the critical metals sector and passed in August, Biden’s signature Inflation Reduction Act has been welcomed as a landmark climate law that will boost EV manufacture and uptake in the US. But to qualify for the credits, it requires 80% of the battery metals in each vehicle to be “extracted or processed” in the US or a country with US free-trade agreement by 2027.

That rules out Argentina, which on paper looks a logical partner in Biden’s push and could help alleviate supply constraints for carmakers including Ford Motor Co. and General Motors Co. The South American nation has one of the largest known reserves of lithium, the biggest pipeline of new projects, and its relations with the US have improved since Biden took office.

The IRA has created a concern among Argentine officials that they’ve discussed at several levels with US counterparts, according to an Argentine official familiar with the mining secretary’s thinking. Since the law has not yet been implemented, both countries’ embassies and the Argentine foreign ministry are spearheading talks to receive an exception, the official added.

A spokeswoman from the US Commerce Secretary did not immediately reply to an emailed request for comment.

After meeting with US Commerce Secretary Gina Raimondo last month, Argentina’s Production Secretary Jose de Mendiguren said of the US: “We want them to incorporate us into the new law on inflation, so that we’re in the chain of suppliers of lithium products because up until now we’re not there.”

“If we can reach this agreement, we’ll be able to integrate our production with the US’ strategic production,” he added.

US Treasury has said it will provide more clarity around the end of the year. But as it stands the wording of the IRA clearly rules out non-FTA countries from refining the metals to a battery grade level onshore, UBS battery-markets analyst Tim Bush said.

It could also affect Indonesia, as its plan to process the majority of its nickel — another key EV ingredient — onshore and also lacks a free-trade agreement with the US.

“It’s possible they’d say you can extract it in Argentina or Indonesia as long as it’s processed in an FTA country,” Bush said. “But if it’s extracted and processed in Indonesia, I can’t see how they can possibly say that that’s okay.”

Australian-listed producer Allkem Ltd., which has a number of lithium projects in Argentina, is hopeful the company’s output will comply with the IRA as long as it is processed in the US or an FTA country. But the language of the law is unclear, Martin Perez de Solay, the company’s Argentine chief executive officer, said last month.

The key to whether producers in Argentina and some other nations will be eligible for the tax credits is in the interpretation of “extracted or processed,” according to Conrad Mulherin, director of energy transition at PwC Australia. The “ambiguous” wording in the law could see countries like Argentina and Indonesia excluded from the tax credits, making achieving Biden’s climate targets “very difficult,” he said.

Still, he said the market outside the US was large — particularly in China — and there would also still be a market for non-IRA compliant battery metals in more expensive US vehicles that are not eligible for tax credits.

But as it stands, the law raises questions over supply deals between US carmakers and Argentine producers. Shortly before the IRA was announced, Rio Tinto Group, the world’s second-biggest miner, signed a non-binding agreement with Ford to sell it lithium from its Rincon lithium project in Argentina. Rio Tinto declined to comment on the future of this deal.

—With assistance from Jonathan Gilbert, Eric Martin and Ana Monteiro.

Sterling surrenders gains ahead of ‘tough but necessary’ UK budget

Posthaste: How Canadian stocks could slam the S&P 500 when the going gets tough

Federal judge rules in favor of bikini baristas over dress