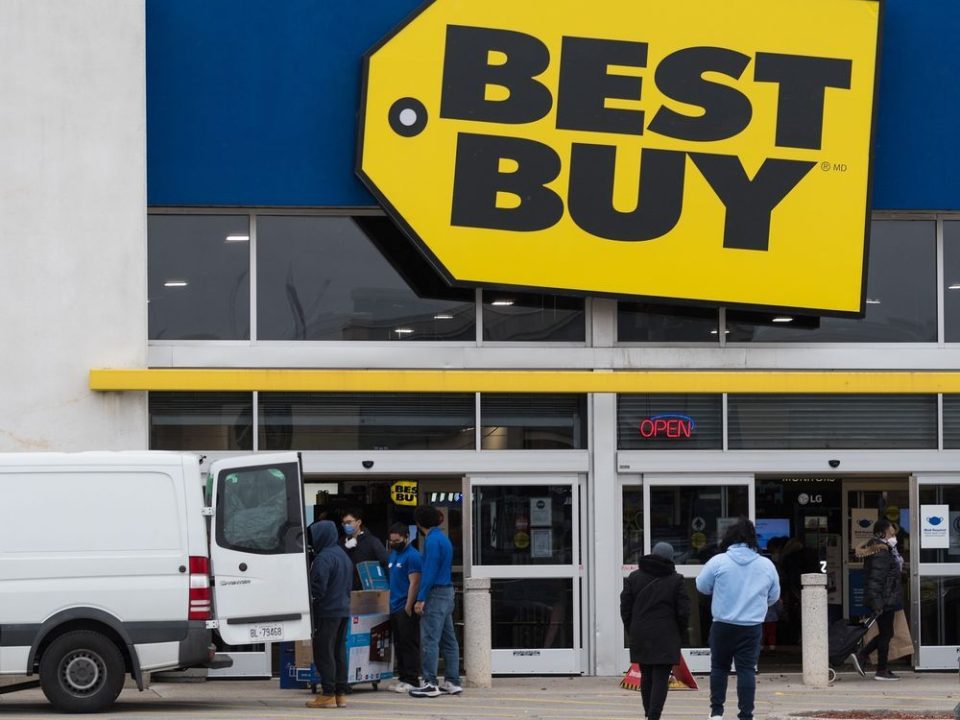 TORONTO — Best Buy, one of the country’s largest consumer electronics retailers, is laying off about 0.7 per cent of its workforce, estimated to be about 700 employees.

Anna LeGresley, a spokeswoman for Best Buy Canada, says the job losses come as the chain works to “support our stores and serve our customers.”

LeGresley says some staff have also moved to different stores.

It’s unclear whether the restructuring includes any store closures.

Best Buy did not share whether the job losses are in both Canada and the U.S., or whether the layoffs include corporate office employees in addition to retail workers.

While stores often shed temporary staff after the busy holiday season, the layoffs appear to be more than usual.

At the end of fiscal 2022, Best Buy employed approximately 105,000 employees in the U.S. and Canada, according to the company’s annual report. It said its workforce is about 55 per cent full-time employees, 35 per cent part-time employees and 10 per cent seasonal occasional employees.

The layoffs come after a round of job cuts last August, estimated to have affected hundreds of workers predominantly in the U.S

Best Buy, which is publicly traded in the U.S., has seen sales soften following the elevated demand for electronics during the COVID-19 pandemic.

In a statement following the company’s third-quarter earnings release in November, Best Buy CEO Corie Barry said it is “clearly a challenging environment for our industry.”

“Throughout the quarter, we were committed to balancing our near-term response to current conditions and managing well what is in our control, while also advancing our strategic initiatives and investing in areas important for our long-term growth,” she said in a statement.

Best Buy recorded net earnings of $277 million for the three months ended Oct. 29, down from $499 million during the same period a year earlier.

“Best Buy isn’t the only retailer suffering from the slump in electronics; there has been a general slowdown across the whole market,” Neil Saunders, managing director of GlobalData, said in a client note last November.

Still, despite softening demand, he said Best Buy continues to gain a modest amount of market share and is in “a good long term position.”

“We remain satisfied that the company has the right strategies in place to manage itself through this more challenging period,” Saunders said.

This report by The Canadian Press was first published Jan. 25, 2023.