Concluding that Coca-Cola failed to establish statutory standing
based on lost sales or reputational injury, the CAFC reversed the
TTAB’s decision [TTABlogged here] ordering cancellation of Meenaxi
Enterprise’s registrations for the marks THUMS
UP and LIMCA for soft drinks. The Board
found that Meenaxi had used the registered marks to misrepresent
the source of its goods, in violation of Section 14(3) of the
Lanham Act, and that Coca-Cola had met the zone-of-interests and
damages prongs of the Lexmark test for statutory standing.
Meenaxi Enterprise, Inc. v. Coca-Cola
Company, 2022 USPQ2d 602 Fed. Cir. 2022)
[precedential]. 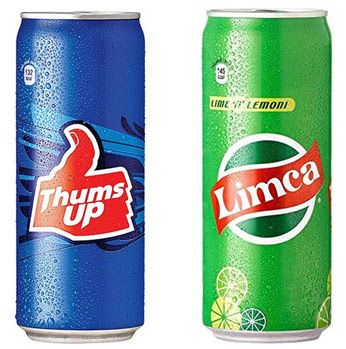 There was no question that Meenaxi had Article III standing to
bring this appeal, since its registrations were ordered cancelled.
Cf. Brooklyn Brewery Corp. v. Brooklyn Brew Shop, 2021
USPQ2d 1069 (Fed. Cir. 20211) (“[A]lthough Article III
standing is not necessarily a requirement to appear before an
administrative agency [such as the TTAB], once a party seeks review
in a federal court, ‘the constitutional requirement that it
have standing kicks in.'”). However, in the underlying
cancellation proceeding Coca-Cola was required to prove entitlement
to a statutory cause of action (“statutory standing”)
under Section 1064(3) of the Trademark Act (Lanham Act §
14(3)). See Austl. Therapeutic Supplies Pty. Ltd. v. Naked TM,
LLC, 965 F.3d 1370, 1373–74 (Fed. Cir. 2020), cert.
denied, 142 S. Ct. 82 (2021).

Whether a party has statutory standing is a legal determination
subject or review de novo. The CAFC confirmed that “the
Lexmark zone-of-interests and proximate-causation
requirements control the statutory cause of action analysis under
§ 1064.” In Lexmark, the Supreme court further
held a party must allege an “injury to a commercial interest
in reputation or sales.”

Meenaxi contended that the Coca-Cola lacked any cause of action
because of the basic principle of territoriality: “trademark
rights exist in each country solely according to that country’s
statutory scheme.” Person’s Co. v. Christman, 900
F.2d 1565, 1568–69 (Fed. Cir. 1990). While recognizing its
importance, the CAFC pointed out that the territoriality principle
“does not govern here

” because Coca-Cola does not claim to have U.S. trademark
rights in the THUMS UP or LIMCA brands.” Instead, it argued
that § 14(3), like § 43(a), is not limited to protection
of trademark rights. The CAFC agreed:

Both § 43(a) and § 14(3) extend to the improper use of
marks that cause commercial injury even if the injured party is not
itself a trade-mark holder. The Fourth Circuit clarified in
Belmora that both § 43(a) and § 14(3) extend
beyond trademark protection, as the “the plain language of
§ 43(a) does not require that a plaintiff possess or have used
a trademark in U.S. commerce as an element of the cause of
action.” 819 F.3d at 706. In this respect, the court noted the
similar basis and interests of § 14(3) and § 43(a)
claims: “To determine if a petitioner falls within the
protected zone of interests, we note that § 14(3) pertains to
the same conduct targeted by § 43(a) false association actions
— using marks so as to misrepresent the source of
goods.” Id. at 714–15.

The court noted that Belmora – which suggested
that commercial injury to a company’s foreign sales qualifies
as damages for purposes of § 14(3) and § 43(a) –
has been criticized in the academic literature, and there is
limited authority as to whether such claims may be based on lost
sales or reputational injury occurring solely outside the United
States. However, that question does not arise here, since Coca-Cola
based its claim solely on alleged injury in the United States.

Lost Sales: The CAFC agreed with Meenaxi that
Coca-Cola failed to identify any lost sales in the United States.
Unauthorized resale of product imported from India by third parties
“do nothing to establish lost sales by Coca-Cola in the United
States.” Coca-Cola provided no evidence that it sells LIMCA
soda in this country, and as to THUMS UP, sales were de minimis.
Its “nebulous” plans for future sales were
irrelevant.

Reputational Injury: Coca-Cola did not rely on
the “well-known marks” exception to the territoriality
principle. It claimed reputational injury in the United States
because Indian Americans are aware of the THUMS UP and LIMCA marks
and Meenaxi trades on its goodwill by misleading Indian-American
consumers into believing that its beverages were the same as those
sold by Coca-Cola in India. However, the CAFC observed, Coca-Cola
failed to explain how its alleged reputational injury
“affected its commercial interests other than to speculate
that a consumer dissatisfied with Meenaxi’s product might blame
Coca-Cola.” In short, its claim (accepted by the TTAB) that
the Indian-American community is aware of the THUMS UP and LIMCA
marks was not supported by substantial evidence.

Conclusion: Because Coca-Cola failed to prove
lost sales or reputational injury, it failed to prove that it has a
cause of action under Section 14(3). And so, the court reversed the
Board’s decision.

Concurrence: Judge Reyna concurred in the
majority’s decision, but in his view the case is “governed
by the territoriality principle.” He concluded that because
Coca-Cola did not prove use of the THUMS UP and LIMCA mark in the
United States, it failed to show the element of damage necessary
for statutory standing.

As the majority acknowledges, Coca-Cola failed to establish any
damage to goodwill associated with its use of the marks in U.S.
commerce. And to the extent Coca-Cola relies on damage to its
foreign trademark rights to establish statutory standing, the
territoriality principle mandates that such an injury does not fall
within the “zone of interests” that Congress intended to
protect by enacting § 14 of the Lanham Act.

Judge Reyna also agreed with the conclusion that Coca-Cola
failed to establish standing because it failed to prove damage to
its reputation among U.S. customers. However, he believes that, in
view of the territoriality principle, protection of reputation
without use requires invocation of the “well-known marks”
exception to the territoriality principle. Since Coca-Cola
disavowed reliance on that exception, the issue of reputation was
“immaterial.”

The Best Ethernet Cables of 2022

FTC Increases HSR Notification Threshold To $111.4 Million For 2023 And Implements...

“Shocked But Not Surprised”: Shopify Hikes Prices By 34 Percent