Caterpillar, Inc has successfully challenged the August 2020
European trademark application for ‘FLOWERCAT’ on the basis
that the mark infringes its earlier rights to both the word and
figurative (device) marks for ‘CAT’. Noa Rubingh reviews
the recent ruling.

The 23 August
decision by the Board of Appeal of the EU IP
Office (EUIPO) illustrates that a word can be considered
to be devoid of or lacking in distinctiveness for certain goods,
while at the same time fulfilling the function of a trademark for
other goods. In this case, it was discussed that although the word
‘cat’ does not have a distinctive character for toys in the
shape of cats or toys made for cats, this word can have distinctive
character for replicas of vehicles, machines, tractors, trucks or
trailers, among other things.

European trademarks and likelihood of confusion

Registered European trademark (EUTM) owners can oppose a later
application on the grounds of likelihood of confusion, as set out
in Article 8(1)(b) of the EU Trademark Regulation (EUTMR). This
prevents a new trademark from taking unfair advantage of the
reputation of an already existing trademark.

Whether there is a likelihood of confusion is determined by a
careful assessment of the degree of similarity between the mark and
the sign and the products and services for which the mark and sign
were filed. This assessment must take into account:


In addition, examiners must take into consideration the
distinctive character of the existing mark to the extent that a
lower degree of similarity between the goods or services can be
compensated by a higher degree of similarity between the mark and
the sign, and vice versa. In other words, all factors relevant to
the circumstances of the case must be taken into account as part of
an overall assessment.

The importance of trademark reputation

was for a figurative mark in
classes 7, 9, 11 and 28 (pictured right), for which Caterpillar
already held its CAT trademarks (pictured below, left).
Caterpillar’s opposition to the application was granted for all
classes, except class 28, which includes toys. The EUIPO’s
Opposition Division found there to be an absence of likelihood of
confusion for this class, as toys may be specially designed for
cats and so the word ‘cat’ is too descriptive to serve as a
trademark for such products. 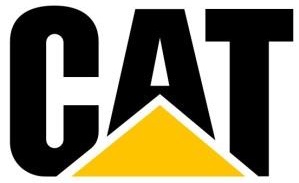 For the other
classes, CAT was found to have distinctive character in relation to
the goods, with the mark having a relatively high scope of
protection due to its intensive use and notoriety. This reputation
did not affect the trademark protection based on class 28, however,
because the products in the other classes, such as machines and
tools, were not considered similar to toys.

Caterpillar subsequently lodged an appeal with EUIPO’s Board
of Appeal, arguing that ‘cat’ does have distinctive
character for the vast majority of the goods in class 28 and that
EUIPO should not only look at the sub-class covering cat toys. In
addition, when the CAT mark was registered for class 28, the
company specifically indicated that the goods concerned were toys
in the form of replicas of, inter alia, vehicles,
machines, tractors, lorries or trailers. Finally, the company
argued that this and the fact that FLOWERCAT has the same
description in class 28 regarding replicas were not taken into
account by the Opposition Division in its decision.

Since the goods had already been found to be identical during
the opposition, the considerations regarding the visual, aural and
conceptual similarity between CAT and FLOWERCAT were the most
interesting in this recent ruling. Here, the Board of Appeal
considered:

What Is The Unified Patent Court (UPC)?

The Unified Patent Court (UPC) is a new court in which traditional European patents (EP) and the new unitary patents (UP) may be litigated.