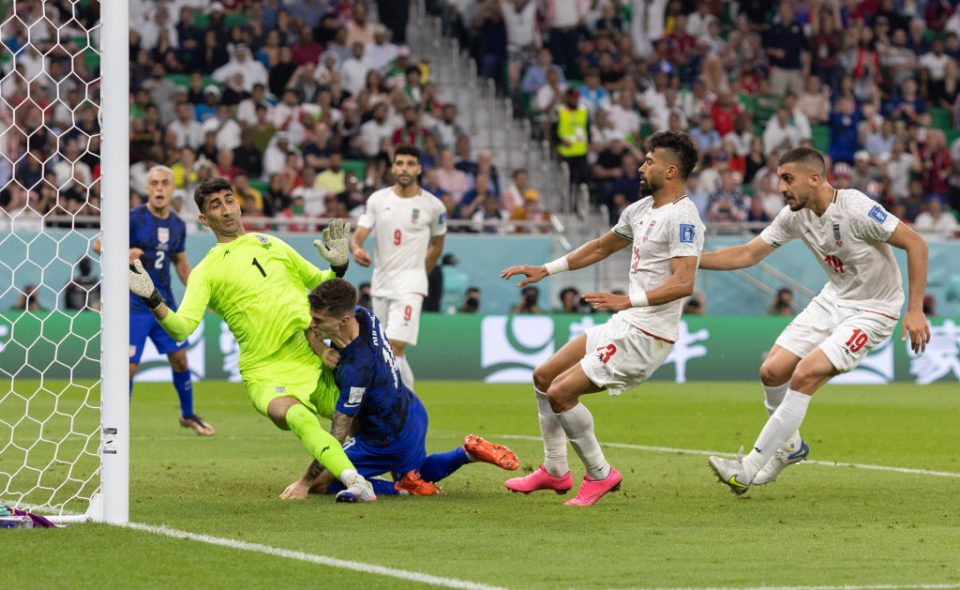 When Christian Pulisic bravely flung his body into the Iranian net to give the USMNT a 1–0 lead in Tuesday’s group-stage finale, American fans watching probably had two thoughts in quick succession. The first being, Oh holy shit fuck yeah we scored! We scored!!! and the second being, Did Christian Pulisic just get his balls kicked off?

Replays of Pulisic’s collision with the Iranian keeper didn’t offer much of an answer—there was clearly a violent coming-together in which the keeper’s knee made contact with some portion of Pulisic’s nether regions, but the footage was inconclusive. Later updates, which first described him dealing with the effects of an “abdominal injury” and later a “pelvic contusion” seemed to signal, to me at least, that Pulisic did indeed catch a knee to the nards. Those are the kinds of euphemistic injury descriptions that sometimes get deployed in sports when nobody wants to say the word “testicles” on TV.

The mystery was eventually cleared up this morning when Pulisic, speaking to reporters for the first time since leaving the Iran game, at long last provided some info on the balls:

So there you go. Pulisic did not get kneed in the balls. He got kneed above the balls.

Ondrej Palat Is Always Right Where You Need Him