Melissa Caddick was last seen in 2020. This was
only hours after Australian Federal Police
(AFP) and ASIC raided her
Dover Heights property. With almost two years
since her disappearance, a coronial inquest has now begun into her
disappearance.

Melissa Caddick allegedly misappropriated at least $23 million
through her Ponzi scheme over 8 years.

Caddick had her clients invest money on the false pretence that
they invested in shares that she would manage. She created fake
CommSec statements and account numbers to show the investors that
their investment reaped in returns. 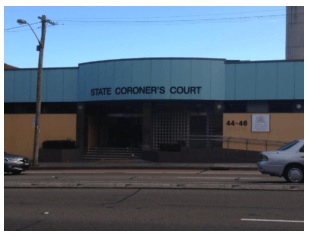 Ms Caddick’s friends said she was under extreme financial
stress and walked to the Dover Heights cliffs on one occasion. Ms
Caddick also told her friend that, “If I’m going
to end it, it’s going to be here.”

The court heard she told her brother Adam that, “If
it all gets too much to me, you’ll find me at The
Gap”.

At the opening address of the inquest, Counsel Assisting the
coroner Jason Downing said while DNA analysis confirmed the foot
belonged to Ms Caddick, it was not possible to determine how it
became separated.

The autopsy confirmed the foot belonged to Caddick, although it
was unable to confirm whether the foot was separated as a result of
decomposition or force.

The date and place of Ms Caddick’s suspected death are the
subject of “significant uncertainty” and there is a
possibility of the inquest resulting in an open finding.

What is a coronial inquest?

The inquest will examine the circumstances surrounding Ms
Caddick’s suspected death, a deeper look into the ASIC
investigation will also be scrutinised.

A coronial inquest is where the Coroner considers evidence to
determine a range of things that may be unknown after someone has
died including:


In short, the Coroner’s role is to find out what happened,
not to point the finger or lay blame.

The Coroner cannot find someone guilty of a crime. If, at any
time during the course of an inquest or inquiry, the Coroner forms
an opinion that a known person has committed an indictable offence
in connection with the death the Coroner is required to suspend the
inquest or inquiry and refer the matter to the Director of
Public Prosecutions.

US company gets $120 million boost to make ‘green steel’