Did you know that you don’t need to patent every bright idea
that you have in order to make money off it? Some of the most
valuable intellectual property is protected as a trade secret. And
to have a trade secret, you don’t even need to file an
application for it — you just don’t tell anyone what the
secret is.

Think of Coca-Cola. Despite being required to print its
ingredients on every single bottle, Coca-Cola has made billions off
its trade secret recipe. If Coca-Cola’s inventor had decided to
file a patent application in 1892 instead of keeping the recipe a
secret, patent protection would have expired long before Pepsi ever
came onto the market in 1965. Patent protection lasts 20 years at
most. Trade secrets can last forever.

As engineers, sometimes we just assume that to make money off an
invention, you have to file a patent application. That’s simply
not true. The law firm at which I work recently met with the
founder and CEO of a small company that pioneered a new process of
separating a chemical from a feedstock. That invention had the
potential to drastically reduce production costs for a wide swath
of bulk commodity products. He had just suffered through a
presentation from a different law firm that proposed his company
spend hundreds of thousands of dollars to patent the process and
was astounded to hear our proposal: “Don’t patent
that!”

Patenting an invention requires disclosing the invention to the
world. Thus, any patent covering this company’s technology
would have been an invitation for competitors to secretly profit
from it without paying a dime. It would have been impossible to
tell if a competitor was using the technology or not without
storming into the competitor’s factory and demanding to make an
inspection. Regardless of what you have seen in the movies, that
simply never happens in real life — there is a reason it is
called “civil” litigation.

There is no point in having a patent if you can’t tell if
anyone is infringing it without banging down their door. We
suggested that the company keep the technology a trade secret and
license it with strong contractual and physical protections to
maintain its secrecy. The CEO was both relieved that he did not
have to shell out large sums of money for patent prosecution and
delighted he could still monetize the technology. 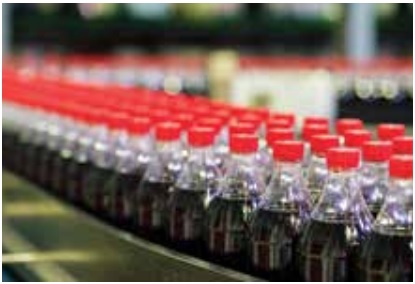 Some of the most valuable intellectual property is
protected as a trade secret. For example, despite being required to
print its ingredients on every single bottle, Coca-Cola has made
billions off its trade secret recipe.

The question then becomes, when does patenting an invention make
sense and when does keeping it a trade secret make sense? While the
answer is “it depends,” there are a few basic
guidelines:


Of course, trade secrets have risks too. A competitor could
independently discover your invention, or reverse-engineer it, and
there is no prohibition in that. Or you could lose your trade
secret by someone accidentally disclosing it. You can, and should,
take reasonable measures to protect your trade secret; those
measures are a topic for a future column.

Trademarks Comparative Guide for the jurisdiction of India, check out our comparative guides section to compare across multiple countries

‘Too many positives!’: As China rows back ‘zero-COVID’ policy, virus fears spread