As we’ve noted in other posts, an FTC rule prohibits companies
from stating or implying that a product is made in the USA unless:
(1) the final assembly or processing of the product occurs in the
USA; (2) all significant processing that goes into the product
occurs in the USA; and (3) all or virtually all components are made
or sourced in the USA. It can be a challenge to figure out whether
a product you make meets that standard, especially when you get
components from suppliers. A new FTC closing letter sheds some
light on how companies should go about this.

Sassy Baby makes toys and other products for babies. Up until
recently, the company claimed that some of the products were
“Made in USA” based, in part, on assurances it had
received from its supplier. When the company learned that it had
been misled by the supplier, it stopped making the claims and
voluntarily reported the issue to the FTC. The FTC decided not to
pursue the investigation – presumably because Sassy Baby had
done initial due diligence and quickly fixed the problem when they
discovered it – but the staff took the opportunity to discuss
whether companies can generally rely on their suppliers. 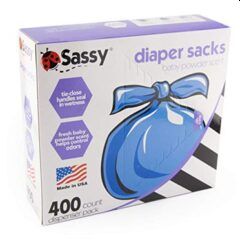 Notably, companies should not just assume that the components
they obtain from suppliers are all or virtually all made in the
USA. Instead, they should ask their suppliers for information about
the percentage of US content in those components. The letter notes
that, depending on context, supplier-provided certifications may
constitute a “reasonable basis” for an advertiser to make
a “Made in USA” claim. In a footnote, FTC staff point to
a 1998 guidance document that actually includes sample language
that companies can use in purchase orders with suppliers.

Although this case seemed to stem from the company’s
voluntary report, rather than from the FTC’s own investigation,
“Made in USA” claims are still a hot topic for the FTC
and the agency is likely to continue its own investigations. If you
make claims about domestic origin, be sure to take a close look at
the FTC’s new Made in USA Labeling Rule and assess how well
you’re complying. With the enactment of the new Rule, companies
can find themselves paying steep penalties for failure to
comply.

POPULAR ARTICLES ON: Media, Telecoms, IT, Entertainment from United States

FOPNL. It’s sweeping the globe. What is it, you ask? A new government agency? An awful skin condition? A variant of the common cold?

When Netflix launches its new ad-supported tier this fall, it won’t be accepting cryptocurrency advertising — as well as advertising in a number of other product categories, according to media reports.

After Russian Flows Dry Up, India Pays Up to Double Price for Gas

Your Sunday Briefing: Why This Time Is Different

How to Forward a Text Message on Android

Pakistan’s finance minister says he will formally resign from role