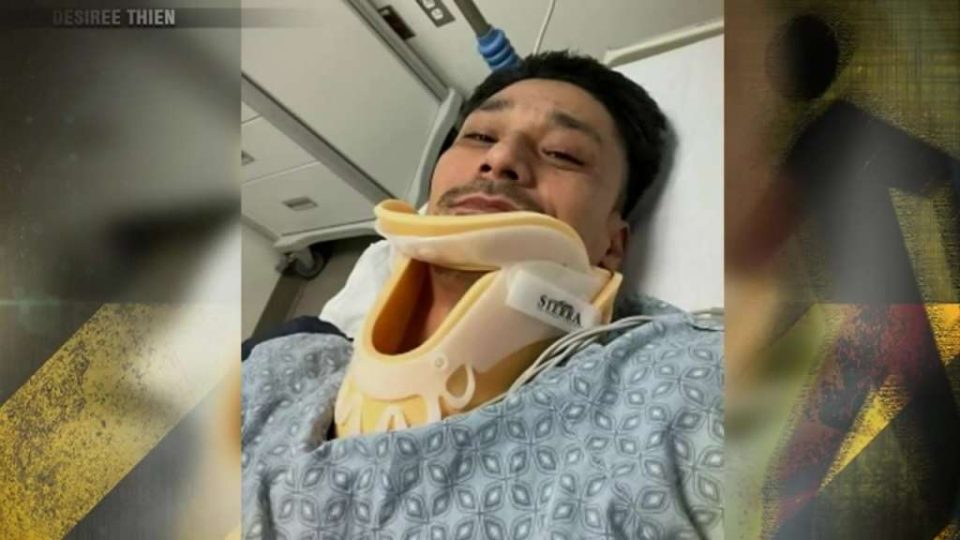 QUINCY, MASS. (WHDH) – A man who says he was intentionally struck twice by a driver who told him to go back to China outside a post office in Quincy on Friday is recalling the horrifying ordeal that prompted police to seek a hate crime charge.

Daniel Ngo said he, his sister, and her three children were near the post office when John Sullivan, 77, who is set to be arraigned Wednesday, flew into a rage and went on the attack, hitting him twice with his car and sending him down into a ditch after he flew off the hood of the car.

“The guy just starts swearing at us and we didn’t know what was going on,” he told 7’s Jonathan Hall. “He started saying he was going to kill us and told us to go back to China.”

Desiree Thien, Ngo’s sister, captured still photos and video of the alleged crime on her cellphone. She also said Sullivan told them to “Go back to China” and said other racial slurs throughout the encounter.

“He braked and then I went flying,” Ngo said. “And then when I tried to balance he hit me again, and I went into the ditch.”

As Thien called 911 to report the incident, construction workers pulled Ngo from the ditch, and tried to keep Sullivan from leaving the scene, one worker even followed Sullivan as he sped off.

Ngo, who said he suffered a broken shoulder, an injured leg, and a concussion, agreed that a hate crime charge is warranted. He said he initially denied treatment out of concern for his family.

“I don’t think it’s right you know, I’m a citizen, I’m an American, for him to say something like that is very racially discriminating,” Ngo said.

Sullivan is scheduled to appear in Quincy District Court on Wednesday.

SAIP Reports For The First Half Of 2022 – Trademark