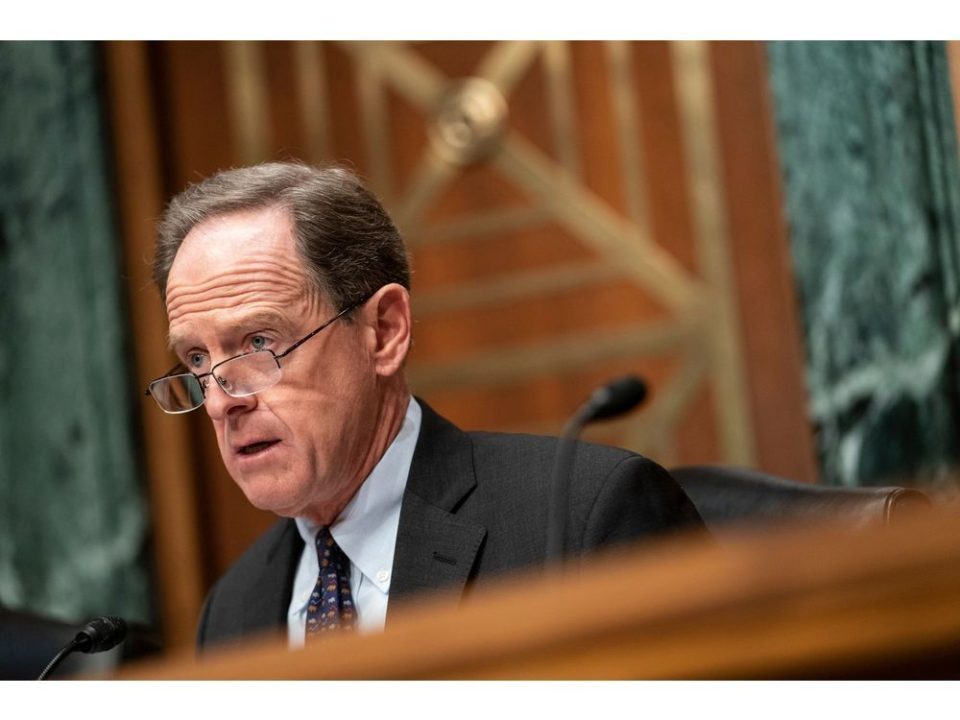 (Bloomberg) — There’s an opening for Congress to pass a narrow digital asset regulation bill before the year’s end after the collapse of crypto exchange FTX, Senator Pat Toomey said.

Toomey, the top Republican on the Senate Banking Committee, said he met with FTX founder Sam Bankman-Fried several times before the implosion of the former billionaire’s crypto empire and that the situation puts more pressure on Congress to establish guardrails for the industry.

“I bought the story. I bought the hype. I was impressed,” the Pennsylvania senator told Bloomberg News in an interview Friday in New York.

Now, in addition to holding a hearing over the FTX downfall, Toomey said he’s working with Democrats to get some measures to regulate cryptocurrency attached to a year-end spending deal after months of inaction in Congress.

Toomey, 61, is retiring at the end of the year. Before he goes, he said he’s working on an effort to pass a trio of crypto provisions that have been languishing in the Senate for months. While these would fall short of a large-scale regulatory framework he’d like, these legislative changes have bipartisan support and have the potential to be added to a must-pass bill before the end of the year. Those measures include:

Currently, the US has “complete regulatory uncertainty, legal uncertainty, and that leads to all kinds of problems, including, by the way, the migration of money and activity and entrepreneurs and development to overseas jurisdictions where as we’ve seen, regulation aren’t so good,” he said in a separate interview with Bloomberg Television’s “Balance of Power With David Westin.”

Congress is facing a Dec. 16 deadline to fund the federal government or face a shutdown, though lawmakers may agree on a short-term extension to give themselves a few more days to negotiate. Toomey is one of many senators who is looking to attach other priorities to the year-end bill, including a proposal to fast-track energy project permits, business tax cuts and an increase to the child tax credit.

Toomey said that one of his few regrets about his 18 years in Congress is that he was unable to pass comprehensive legislation for the crypto industry. He said that he believes the underlying technology and systems are promising, despite FTX’s recent troubles.

“This blowup of FTX is not about crypto.” Toomey said. “It’s an indictment on the behavior of one or more individuals and really on us for not having passed legislation that would create the guardrails, the regulations, the consumer protections to allow this space to thrive,” he said.

Senate Banking Committee Chairman Sherrod Brown has said he plans to hold a hearing on the FTX collapse, likely before the end of the year, but has not yet set a date for it. Toomey he said he hopes that Bankman-Fried testifies at the hearing.

—With assistance from Gregory Korte.

Toyota HiLux: Hydrogen fuel cell variant to be built in the UK

Slower Inflation Unlikely to Sway Fed From Another Jumbo Hike

Ukraine and Russia: What you need to know right now