A patent confers on its owner the right to exclude others from
practicing the invention claimed in the patent. In the United
States, infringement becomes willful when the infringing activity
is carried out deliberately and intentionally with prior knowledge
of the patent (see Power Lift, Inc. v. Lang Tools, Inc., 227
U.S.P.Q. 435, 438 (Fed. Cir. 1985).

Recently, the US Court of Appeals for the Federal Circuit issued
a decision in an ongoing dispute between Pavo Solutions, LLC
(“Pavo”) and Kingston Technology Company, Inc.
(“Kingston”) (Pavo Solutions, LLC v. Kingston Technology
Company, Inc., CAFC, June 3, 2022), which addresses the
questions of a) whether a district court can amend an evident
clerical error in a patent; and b) whether the district court can
find that there was willful infringement after correction of the
clerical error is made and as a result thereof. 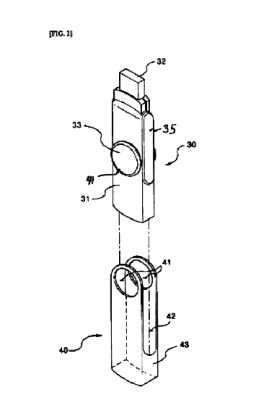 On August 22, 2014, CATR Co. (“CATR”), prior to
assigning the ‘544 Patent to Pavo, sued Kingston alleging
infringement of that patent. On assignment, Pavo replaced CATR as
the plaintiff.

In its appeal, Kingston argued that the district court erred
when it judicially corrected the claim. Furthermore, Kingston
argued that it could not have willfully infringed the ‘544
Patent, because Kingston reasonably relied on the fact that it did
not infringe the claims of the ‘544 Patent, as originally
written i.e. before judicial correction.

In its decision, the Federal Circuit held that the district
court aptly corrected an obvious minor clerical error in the
claims. The court explained that correction of a clerical error in
a claim is appropriate “only if (1) the correction is not
subject to reasonable debate based on consideration of the claim
language and the specification and (2) the prosecution history does
not suggest a different interpretation of the claims.”
(id. 7). Furthermore, in determining a particular
correction to be appropriate, the court “must consider how a
potential correction would impact the scope of a claim and if the
inventor is entitled to the resulting claim scope based on the
written description of the patent.” (id., 7-8).

In its analysis the court determined that the error in the claim
was clear from the full context of the claim language and the
support provided by the specification. Therefore, the judicial
correction was “merely giving to it the meaning which was
intended by the applicant and understood by the examiner.”
(id., 13). The court next determined that the prosecution
history did not suggest a different interpretation of the claim,
since the Applicant, the Examiner and the courts were consistent
with understanding the scope of the invention recited in the
claims.

Based on its conclusion that the district court acted correctly
in correcting the clerical error recited in the claim, the court
further determined that Kingston had willfully infringed the
patent. The court explained that Kingston could not rely on
“an obvious minor clerical error in the claim language”
as a defense to willful infringement. (id., 16). The court
explained that it based its reasoning behind this determination on
the fact that “[a]n obvious minor clerical definition, does
not mask the meaning” of the claim and therefore Kingston
could not “hide behind the error to escape the jury’s
verdict”. (id. 16).

A couple of takeaways come out of this decision.

First, and as mundane and ‘obvious’ as this sounds,
mindfulness and proofreading are essential skills for patent
attorneys. Ensuring that a claim actually recites what is intended
is essential to ensure that the client receives the patent that he
thought he was paying for. Kingston was unfortunate that despite
the claim error being relatively minor, so as to be entered by the
court, it constituted enough of a change so as to work against
them. However, other court decisions emphasize the implications of
what can occur when a clerical error results in an opposite outcome
in which there is no infringement (see for example, CBT Flint Partners, LLC v. Return Path,
Inc.)

In conclusion, this case emphasizes the fact that a patent
attorney and his clients live and die by the pen and the reliance
on the recited scope of the claims of a patent. Therefore, as
patent attorneys there is a fiduciary duty to ensure that a claim
actually recites the intended scope to ensure a high-quality work
product when drafting a patent application. Additionally, a patent
attorney should err on the side of caution when providing a client
with guidance in a potential infringement situation and avoid
relying on errors in a patent when assuring the client that they
are not infringing the patent.

Common NFT Scams to Watch Out For

Swiss Finance Minister Maurer to step down at end of year

What Ever Happened to HD-DVD?

What to Watch as Commodities Career Into Another Wild Quarter