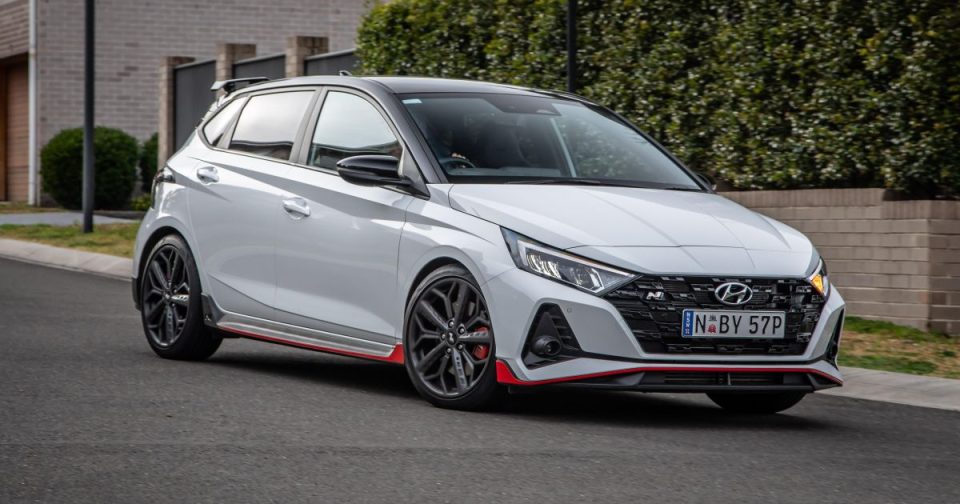 Hyundai’s compact pocket rocket is set for a mid-life update, which will be revealed mid-year.

The updated Turkish-built hatch will debut in Europe in the summer, or sometime between June and August.

CarExpert understands it will then launch locally in early 2024.

Orders closed for the i20 N in Australia last year as Hyundai grapples with supply chain issues. They have yet to re-open, and we don’t expect them to do so in the next couple of months at least.

“You don’t need to be afraid. It’ll still be the crazy corner rascal as it is,” said Mr Biermann, which suggests there won’t be much in the way of mechanical updates.

The i20 N is powered by a turbocharged 1.6-litre four-cylinder engine producing 150kW of power and 275Nm of torque, mated exclusively with a six-speed manual transmission.

It’s the only hatch in its segment to exclusively offer a manual following the discontinuation of the Ford Fiesta ST. Both the Suzuki Swift Sport and Volkswagen Polo GTI offer a choice of manual or auto transmissions.

Spy photos published on Autospy of the regular i20, not sold here, show it wearing camouflage on both its front and rear ends.

We expect to see changes to aspects like the grille, headlights and tail lights, and we can expect the i20 N will also be the recipient of such changes.

While the i20 N only arrived locally in late 2021, the current-generation i20 was unveiled in 2020. A mid-life update is therefore right on schedule.

MORE: Everything Hyundai i20