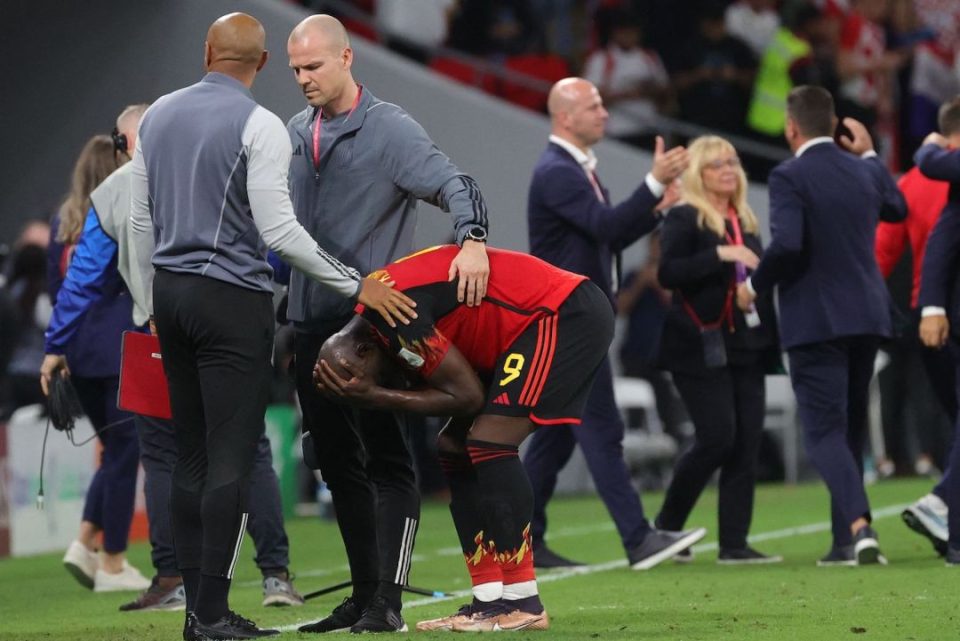 Belgium was supposed to make a deep run at the World Cup. The “golden generation” of Kevin De Bruyne, Eden Hazard, Thibaut Courtois, and Romelu Lukaku was poised to whisk the team out of the group stage and go on to challenge the likes of Brazil and Argentina and take a real shot at the trophy, probably the last legit shot at tangible success this aging group had left. Instead, after a 0–0 draw with Croatia today, they’re already out of tournament, while a deserving Morocco and a relived Croatia advance.

It’s a brutal result for a team so talented, all the more painful because of how close they came to getting through. Belgium needed only one goal against Croatia to advance, and Lukaku alone could have easily had a hat-trick. If only he had rocketed that shot three inches to the left instead of off the post. If only the ball had glanced off his his leg at a slightly different angle. If only he could have found the ball when it dropped to his feet in front of the net.

In the end, Lukaku, who came on as a sub to start the second half and helped Belgium keep the pressure on defensive-minded Croatia, was simply unlucky. As Billy wrote in his Belgium preview, Lukaku is a world-class player who hasn’t quite managed to find the success and accolades that a player of his caliber merits. He’s a hero-in-waiting, and this match was ripe for his taking. Until the very last second of the game, it seemed like only a matter of time until he delivered the all-important goal. Chance after chance, glory was within reach. Instead, at the final whistle, Croatia celebrated the 0–0 draw while Lukaku sobbed in the arms of Belgium assistant coach Thierry Henry.

Soccer is a team sport, and this loss isn’t on any one player. (Belgium’s manager, Roberto Martínez, even resigned right after the game, possibly in a gesture of accountability.) But aphorisms about winning as a team and losing as a team are understandably harder to swallow for someone in Lukaku’s position. He got his team so close, which makes falling short hurt all the more.

Biden says can ‘tweak’ Inflation Act to include European countries

You Can’t Get Rid Of Jimmy Garoppolo That Easily

Aristides Aquino Unleashed The Throw Of The Year, And They Let Us See It