The Board affirmed a Section 2(e)(1) refusal to register the
proposed mark SMART BEZEL, finding it to be
merely descriptive of electronic sensor modules for controlling and
integrating home automation systems, lighting systems, and smart
heating systems [SMART disclaimed]. Applicant Zuma Array contended
that its goods are not bezels and so the mark cannot describe the
goods. The Board, however, found the mark to be descriptive of a
use or purpose of the modules, and thus ineligible for registration
without proof of acquired distinctiveness.
In re Zuma Array Limited, 2020 USPQ2d 736 (TTAB 2022)
[precedential] (Opinion by Judge Christopher Larkin). 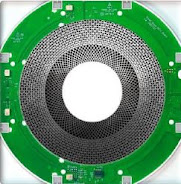 Zuma acknowledged that “smart” is defined as
“using a built in microprocessor” and the word
“bezel” refers to “the outer frame of a computer
screen, mobile phone or other electronic device.” However, it
asserted, “none of the applied for goods … feature a
‘bezel’ at all.” Examining Attorney Michael FitzSimons
maintained that the proposed mark immediately conveys information
about the goods because Zuma’s sensors are designed to be
incorporated into the bezels of various electronic appliances and
lighting and heating systems, “to render the bezels …
capable of performing automatic operations for processing data or
achieving greater versatility.”

The Board noted “with some surprise” that neither Zuma
nor the Office discussed the nature of “electronic sensor
modules.” The Board took judicial notice that a
“module” is “a usually packaged functional assembly
of electronic components for use with … other assemblies.”
It then observed that a proposed mark that describes the intended
use or purpose of the goods with which it is used is merely
descriptive.

Applicant Zuma’s website states that “swap[ping] out a
standard for a Smart Bezel (TM)” enables homeowners to access
a wide range of built-in sensors to support environmental, presence
and life safety operations.” Thus, the word BEZEL refers to
the type of device on which Zuma’s sensors will be used.

The commercial context of Applicant’s use of its proposed
mark on its website “demonstrates that a consumer would
immediately understand the intended meaning of” SMART BEZEL
for electronic sensor modules, N.C. Lottery, 123
USPQ2d at 1710, namely, that the modules are used to create a
“smart bezel.”

Finally, the Board pointed out once again that even if Zuma were
the first and only usee of the proposed mark, the mark may still be
shown to be merely descriptive of the identified goods.

And so, the Board affirmed the refusal.

TTABlogger comment: My computer monitor
has a dumb bezel.

Fed’s Barkin: Rates need to rise further to get inflation to 2%

Samsung Isn’t the Only One With New Folding Phones

The New National Minimum Wage: What Are The Repercussions Involved For The Wine Industry? – Employee Benefits & Compensation