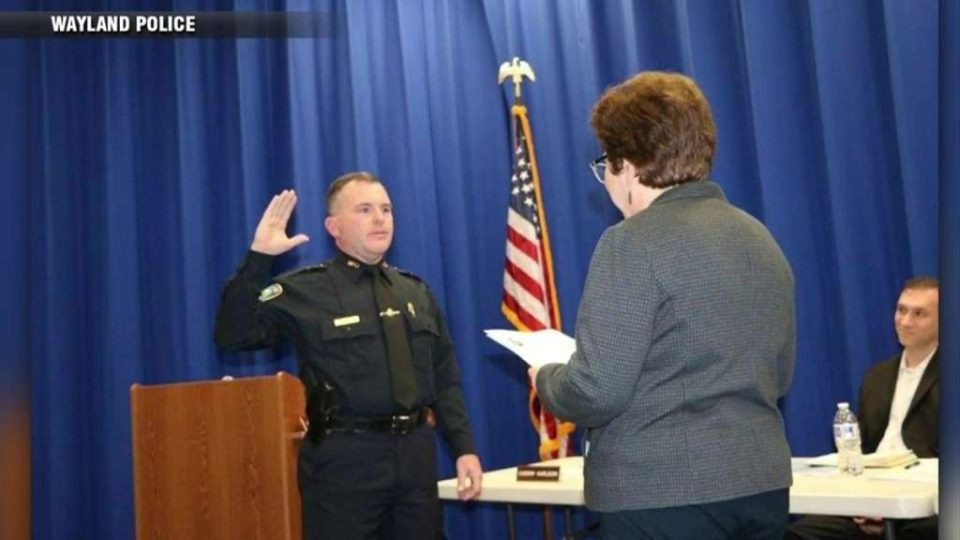 WAYLAND, MASS. (WHDH) – On-leave Wayland Police Chief Sean Gibbons will be paid over $350,000 over the next two years to cover the rest of his contract amid a misconduct investigation.

The chief, who has been on leave since March and plans to resign later this month, is accused of violating department policy by engaging in an inappropriate sexual relationship in 2003, and another sexual encounter in 2010. It was unclear whether it had been with the same person.

In the report, the town said the victim “did not consent to their sexual contact…was under the influence of alcohol and believes Chief Gibbons had ‘groomed’… and taken advantage of his position of power.”

“Chief Gibbons yelled at…and subjected [the victim] to a higher level of scrutiny…after they had sexual intercourse,” the report said.

The report also said Gibbons harassed a department intern in December 2021, and that Gibbons had admitted to driving while drunk twice.

The town said this case is not over and it will look into how Gibbons was repeatedly promoted, its process for reporting sexual harassments, and its contract practices.